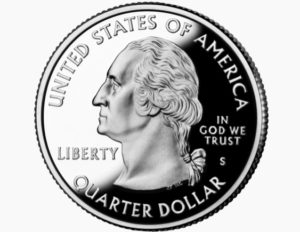 Before I begin, I should probably apologize it’s been extremely quiet around here the past few months I’m trying to find a good balance of sharing my stories while respecting the people that I love. The balance is delicate and hard, but I got permission to share today’s story with you as long as I didn’t share his name or pictures, and I happily obliged because I believe his story needs to be told!

A few months ago, I found a few of the older boys (out of high school) sitting on the steps of the church and I decided to have a conversation with them, I found out that some of them graduated high school, some of them chose to stop going, some of them had dreams of something better and others had no desire or motivation and one of them in particular had a goal and a plan, but no action steps to make it happen. As I began to question him as to why he had this goal but no plans to move forward, I heard from his mouth excuse after excuse, I can’t get there, no one will help me with the papers etc. etc. but to my heart knew I had solution after solution, I drive I can take you, I have a computer and a printer lets fill out the forms together, oh you need an ID when can we go to the MVA. I told my sweet friend, that all of his excuses were easy solutions and I felt like he just wasn’t ready, but when he was he knew to knock on the door.

Fast forward to three hours later, Ms. Carleeena (that’s what he calls me and I’m okay with it) can you print this form for me, would you be able to drive me to the office tomorrow, and can I borrow $30 for an ID? I did all of these things and that afternoon we headed to MVA and he is now the proud owner of a Maryland State ID! The next morning I drove him to the office he needed to go to help make his goal a reality, as I sat there I watched person after person be called back for testing, for more forms and I prayed for each one of them, knowing that some of them where there on their own and some of them probably didn’t have any one cheering them on but good for them for taking steps to make life better for themselves. As my friend got called back I prayed for him and cheered (REALLY REALLY LOUD) for him in my heart and head! I was so proud of him. Having the background this boy has, and not ever having any one to encourage his goals and dreams this was HUGE!

Hours passed and I had a commitment that I had to get too, so I left the exact amount of money for him to be able to take the bus home along with a gift card for lunch and a note reminding him how excited for him and proud of him I was and that as soon as I got home I would be over to hear all about how his day was! I didn’t even have to find him when I got home he was waiting to share with me all the exciting news, that it would take a while for the process but that he was pretty sure he was going to be accepted to the program. It’s been a few months and everyday we talk about what’s happening, and everyday I pray for him that doors will continue to open, and he won’t have to wait much longer. Because one of the perks of this program is a place to live outside of this environment, the opportunity to leave behind everything he is familiar with and start over, which he desires so much (I’m not sure who desires it more for him, him or I), he’s trying hard to make this happen for himself.

Fast forward to a few mornings ago, and this same boy was waiting for me…. He quickly came across the street to talk to me, I rolled down my window and asked him how it was going, he shared with me that he hadn’t yet hears anything from the program but he wasn’t going to let it stop him or get him down. Then he asked me for a quarter as he held out his dollars and change so that he could catch the bus to the office. I offered to drive him and he responded, “Ms. Carleena, I would love for you to drive me but if you have a quarter that would be best, because if you’ve taught me anything you’ve taught me about being responsible, making sure I get places on time and have the means to get there and back, I had enough money, but I lost a quarter somewhere.” As I pleaded with him to let me drive him explaining that I understand that he wants to be responsible, I’m digging for a quarter and praying that I can find one! I eventually did and as I handed it over, with one final, I don’t have anything to do… he said, “Ms. Carleeena I appreciate it, but I want to do this for you, and for me… which means I need to be responsible and get myself there and back. But I promise that as soon as I get back I’ll come tell you what happened.”

As I sat in my car and watched him walk down the block towards the bus stop, I couldn’t help but smile and praise God for this boy and his desire to continue to chase after his goals even though obstacles are popping up along the way. I prayed that the person he was going to meet with would see and hear his heart and his desire to make something more of himself, that they would see his desire to remove himself from his environment and that they would assist in moving this process forward. He came home that night somewhere between discouraged and encouraged and not quite sure what to do with himself, I sat on the front porch with him, we talked about the things that are holding him back, and the consequences of actions from our past, we counted out enough quarters from my change jar, so that he could catch the bus again the next day… so he could go various places and try and straighten out his life. As he walked away that night I realized the value of a quarter in my eyes had changed, the value of a quarter was no longer $0.25 it was the beginning of a life change, it was now priceless, and every quarter I have touched since then I’ve held in my hands and I have prayed over it.

I don’t know what the outcome will be for this sweet boy, but what I do know is that every step along the way I will continue to encourage him as he allows me, I will continue to (hoard) keep quarters on hand so he can continue to be “responsible” even when he’s missing a few dollars or coins, I will continue to pray that in each step of this process he will see God and begin to seek Him, that he will understand that even if this goal he is trying to reach doesn’t work out that it doesn’t mean he has to give up, that there are other options, other paths and other goals that could be for him.

Would you join me in praying for this friend of mine, that he will be successful at reaching his goals, that he will not be discouraged or dismayed, that he will know that he CAN change his life and that even when it’s hard he’ll continue to run hard after the goals he’s set for himself?