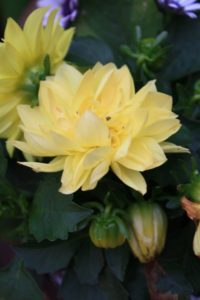 Last week I headed out to run some errands, and run some errands I did, these particular errands sent me driving down a main street through our community and each time a young beautiful girl would think at that very moment she should walk into oncoming traffic! No kidding, I almost hit her twice because she’d dart out of nowhere into the middle of the street and then just stop there and talk to whoever she was walking away from. By the end of the day I had seen this girl about 5 times. The last time I was with my friend and I said to her, “There’s that girl again, I bet you by the time I go to bed tonight, I’ll know her name.”

You see this girl was annoying me, I mean who in their right mind runs out into oncoming traffic, most cars traveling at least 45 mph? There was something different about this girl, and I knew it…I came home immediately and her face took over my mind, all I could was pray for her, throughout the day I continued to pray for her. About 8:30 last Tuesday night I sat down to study, honestly I couldn’t concentrate all I could think about was this beautiful girl, so I threw a pink bag into my car and off I went, praying the entire time I would see her! I saw her walking into a local liquor store, and well lets be honest I’m a creeper when it comes to loving these girls (that sounds awful but it’s TRUE!) so I waited and waited and waited for her to come out of the store took a deep breath and flat out asked her if she was waiting for a date (for those of you not familiar w/the term it means I asked her if she’s a prostitute) she looked at me with tears welling up in her eyes and said, “Yes, how do you know?” I handed her the pink bag, told her I would pray for her and I hoped that she would call me if she was ready for some help or if she needed to talk.

What happens next is not really what I expected, but she grabbed my arm and begged me not to leave, and asked if there was someplace that we could go and talk, we went to a local place and talked for hours, the information she shared with me shocked me, she’s a pastors daughters, she came to Baltimore to attend one of our finest schools, she’s a 4.0 student who got caught up in the streets of Baltimore when she met the wrong person at a party. Her parents cut off her money supply because they thought something “fishy” was happening, as she’s pouring out her heart, I am thinking of the 100’s of other girls who stories are similar, the 100’s of other girls who are “littering” the streets of our city, who people walk by every single day and they don’t know the story. As I’m explaining to her how I can help her, which right now is in a very limited way, a friend of hers walks in, same story (minus the pastor’s daughters) different girl!

Three hours later, we’re calling their parents and they are sitting in the ER of a local hospital praying and hoping that they’ll make it through the next few hours before they can get some detox help. The first girl who we’ll call “J”tells me she believes that God sent me to her that night, because she was scared and wanted to walk away from the sin she had fallen into, but knew she wasn’t strong enough to do it on her own, as she picked up the phone to call her parents that night she was scared to death of what they were going to say, but the reality is they already knew something was happening and that she needed their help, but when they reached out she pushed them away.

My other new friend who we’ll call “S” wasn’t quite as blessed in the beginning, she called her parents they told her she got herself into this mess she needed to figure out a way to get herself out of it. She attempted to call them a few more times that night, to tell them that she was getting help, but she needed them to be supportive. The first few days of her treatment they were cold and didn’t come to Baltimore right away.

I am happy a week later to be able to report that both of these girls parents came to Baltimore (I was able to meet both sets of parents), I am also happy to report that both girls are going through the process of withdrawing from school, and have both gone home (one to Delaware, the other to NJ) to seek help, and regain control of their lives. I’ve had phone conversations within the last few days with both girls, and I have plans to visit both of them over the next couple of months. These girls were fresh to the streets, and as soon as I met them I knew there was hope that this process would be “easier” (don’t mistake that with easy) than some of the others. I also knew that “J” really wanted the help and when her friend wandered in off the streets she had NO idea what she was walking into, but God had already prepared her heart for what I was going to share with her.

I can’t stop thinking about how a week ago this girl was annoying me in the middle of the street and that annoyance turned into a blessing. I am so thankful for the opportunity God gave me that night to be a creeper and then be bold enough to ask the tough questions. Yesterday I made a bold phone call, I called the dean of Student affairs of this local university, because these are not the first girls I’ve met from this particular school, and while she didn’t answer the phone I left a message for her, that I wanted to share something with her, I wanted to ask the tough question, “Do you know that I’ve know picked up FOUR girls from your school, who are walking the streets of Baltimore?” and that I found out from these girls that there are several more girls who are selling their bodies to support a habit. All with the same story, small town girls, coming to the big city and finding themselves “lost.”

This morning would you pray with me for these girls, not just “J” and “S” but all the girls who are slaves to the street, all the girls who are “lost”, all those students who come to Baltimore to get a good education and then get caught up? But would you also pray for “J” and “S” that they would be successful in their rehab programs, that God would re-invade their hearts, minds and lives, and that they could go on and do BIG things?